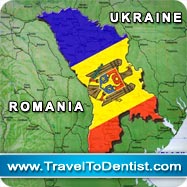 When you decide to fix your teeth abroad and your destination country is Moldova, you should know some facts about it.

Republic of Moldova is a country in Eastern Europe that borders Ukraine to the east and Romania to the west. It is located between two rivers: Prut and Nistru.

Chisinau is the capital and the largest city of Moldova. 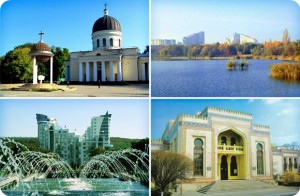 It is located in the centre of the country over 7 hills (just like Rome 🙂 ) along the river Bic.

In 1436, for the first time, Chisinau was mentioned in official documents.

The number of habitants living in this city is around 800.000.

Chisinau is not only an important administrative, but also the cultural and economic center of the republic. Chisinau is also the city where our dental clinic operate and where dental tourists spend most of the free time they have between the visits to the dentist.
The first mention of the city Chisinau in official documents is dated with the year 1436. The total population of the city is about 800 thousand inhabitants.

Chisinau is divided into 5 districts (sectors): Centru, Ciocana, Buiucani, Botanica, Riscani. The day of the city is celebrated on October 14.

The official language of the Republic of Moldova is Moldovan (identical to Romanian), that belongs to the Romance Languages (also known as Latin languages), therefore it is very similar to Italian, Spanish, Portuguese and French. The most part of the population also speak Russian. Moldovan students study at least one foreign language at school, usually English or French. Therefore if you know one of these languages you could easily communicate with Moldovan people.

But the most important thing is the way in which you will communicate with our dentists. Our dentists understand and speak English, but to ensure a good comprehension between the dentist and the patient, you will always have a good translator at your side during the treatments.

The capital hosts a fifth of population (21%).

Moldova’s climate is moderately continental characterized by a long cold period. The winters are mild instead the summers are long and hot with low rainfall and long dry spells.

The average annual temperature is around 8-10 °C. 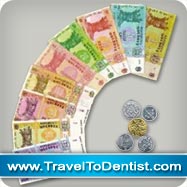 National Bank of Moldova was founded in 1991.

Check the official rates for today

1th March – Martisor (the first day of spring, it is a talisman made of a red thread and a white one. Moldavian people wear it pinned to their clothes for the entire month of March).

27th August – Independence day (Moldovan citizens lay flowers on the statue of “Stefan cel Mare” (Stephen the Great) and organize a concert in the “Marea Adunare Nationala” Square. The habitants of Republic of Moldova take part in sport events, expositions, and open-air concerts).

The first weekend of October – Wine National Day (all wine manufacturers organize expositions and offer several wines for tasting and sale. The mayor of the capital organizes folk holidays).

Moldova is rich in natural resources. Viticulture, fruit and vegetables growing, cattle and sheep breeding are the general occupation of the population. 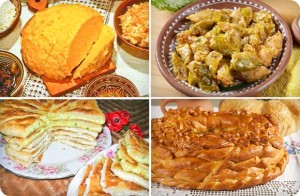 Moldovan cuisine has deeply been influenced by Greek, Slavic and Turkish cuisine.

The best known Moldovan dish is “mamaliga” (a delicate cornmeal mush or porridge). Mamaliga is served as an accompaniment to roast, cottage cheese, fish and sour cream.

Cottage cheese has been served with vegetables, eggs, “mamaliga” and meat dishes since the most ancient times.

As for drinks, the wines have a special place in the Moldavian cuisine. It is very important to select wine depending on the dish, to which it is served. In Moldova, you will be offered red, white, rosé, dry, sweet, semi-sweet and collectible wines. For wine producing are used such European vines as: Sauvignon, Cabernet, Muscat, etc., as well as Moldavian varieties: Feteasca, Rara Neagra, Moldova, etc.

Moldovan wines are well-known in the entire world thanks to the special aroma and the refined taste. This allowed Moldovan wine become our business card.

If you are a wine lover don’t miss the opportunity of visiting the famous Moldovan cellars: Cricova and Milestii Mici that are considered to be a treasure for the Republic of Moldova.

Moldova is a dental tourism country where you can receive quality and affordable dental care, where you can taste fresh and biologic fruit and vegetables, dairy products and traditional meat dishes. At the end of this trip you’ll return home with a new brighter smile!

Travel to dentist! Take care of your smile!

Do you want to have healthy teeth and perfect smile?