Periodontitis. What is it? How does it manifest?

You are here:
Diseases and problems 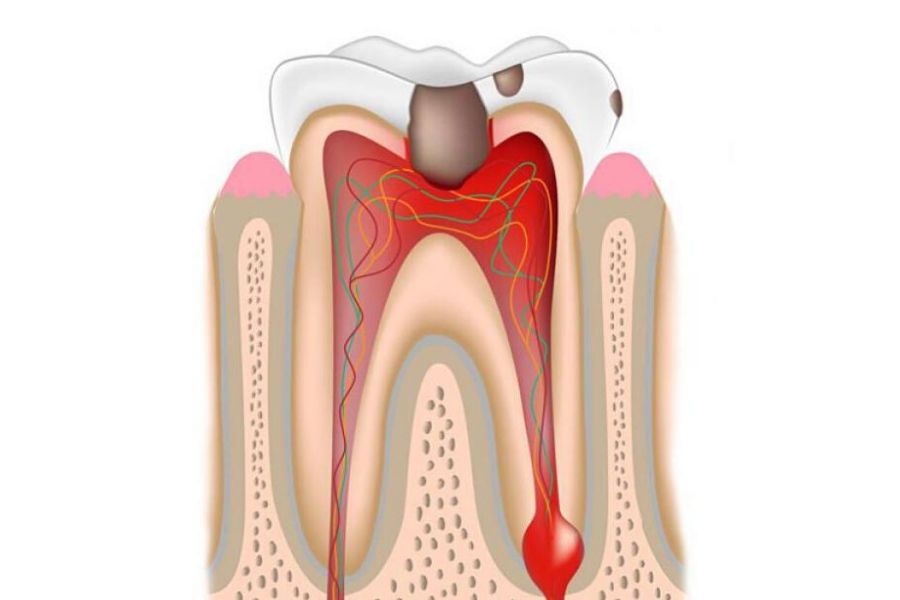 What is periodontitis? How does it manifest?

Periodontitis is another disease of the tissue surrounding the tooth and its root. It appears as an inflammatory process at the top of the tooth root. Usually, this inflammation is the body’s reaction to a complication such us tooth decay not treated in time. The bacteria penetrate the carious cavity, then go down through the root canal and inflame the nerve (condition called pulpitis). In the absence of a proper treatment, the microbes multiply and reaches the root end opening, called “apex”. At the exit of the apex, microbes affect the tissues and ligaments surrounding the tooth root.

How many forms of periodontitis do we know?

Depending on the source of the infection and the stage of development of periodontitis, several forms are known.

According to the source of the infection, there are different types of periodontitis:

After the development stage, we identify 2 other forms of periodontitis:

In this article we will focus on the forms of acute and chronic periodontitis, because regardless of their origin and location, periodontitis will first develop into acute form, after which it will progress to the chronic form.

Acute periodontitis, in turn, it develops in two other forms:

All symptoms of acute periodontitis can last up to 3 weeks. The young and resistant organism, usually fights this infection and manages to struggle the symptoms. So after a few weeks, periodontitis in the acute stage progresses into the chronic stage.

Chronic periodontitis may appear in 3 forms:

We notice that the treatment for chronic periodontitis does not differ much from that for acute periodontitis. In the case of the chronic form, treatment will take more time.
Chronic fibrous periodontitis is treated exactly like acute periodontitis.
The other forms involving granuloma and periapical cyst require curettage of the infected tissue and possibly a temporary filling if the canals fail to dry well from the first procedures. Within 6-9 months, some retroalveolar radiographs will be made for observations. If the infection shrinks or heals completely, the tooth is saved. In case of, the infection increases, or symptoms appear, and the bone tissue around the root of the tooth does not recover, most likely the tooth will be extracted.

From the asymptomatic stage, there is a possibility that the tooth may become symptomatic. This is due to the fact that the tooth “recovers” after the work that has been done on it. Symptoms may disappear within a few days or persist until the tooth extraction.

Sometimes, the tooth affected by chronic periodontitis does not react to treatment because of the prolonged inflammatory process and because the body’s protective function is weaker.

How much does it cost to treat periodontitis?

The costs for treating periodontal disease are usually low. In the initial stages, of course, prices will be lower. Over time, periodontitis becomes chronic, then granulomas and cysts appear and they require additional surgical procedures that raise the final cost of treatment. If the tooth does not respond to treatment, it may be necessary to remove it, and the cost will be increased later to replace it. Go to the article ”partial edentation” to find out the methods of replacing missing teeth and the prices for each of them.
The costs of treating periodontitis are also influenced by the number of root canals. Treating a single root tooth costs less than a molar that has 4 roots.
The cost of the treatment can also increase if the root canals have already been filled in the past, and now a re-treatment is being attempted to save the tooth.
There may be necessary to cover the tooth with a dental crown in order to protect the tooth from possible fractures, which again may increase the final costs.

In European countries, treatments are 3 or even 4 times higher than in Moldova – a non-European country, where dental tourism has been practiced for more than 10 years.
In our clinic we offer affordable prices for every budget, as follows:

The prices indicated include the costs for the mechanical treatment itself, canal medical sterilization and disinfection, anesthesia and possible dental suture to close the access window in case of apical resection and cystectomy. 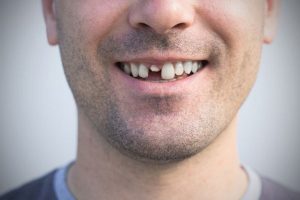 Why do teeth break and how to fix them? Consequences. What happens if we postpone the fixing of the broken tooth? How much does it cost to rebuild / repair a broken tooth?

END_OF_DOCUMENT_TOKEN_TO_BE_REPLACED 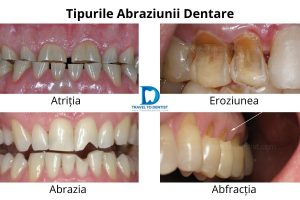 What is the difference between: attrition, erosion, abrasion?

Attrition, erosion, abrasion are forms of tooth wear. All 4 represent tooth wear and grinding. The causes of appearance differ from each other, respectively the solutions that will be applied are specific to each one.

END_OF_DOCUMENT_TOKEN_TO_BE_REPLACED 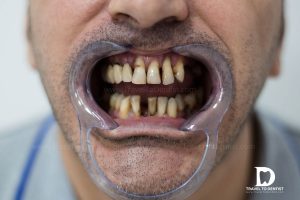 Periodontitis develops practically without pain, instead the effects of periodontitis are often painful, especially when brushing and chewing sour foods. Both periodontal diseases are difficult to restore, but unlike periodontitis, periodontitis can be treated completely.

END_OF_DOCUMENT_TOKEN_TO_BE_REPLACED 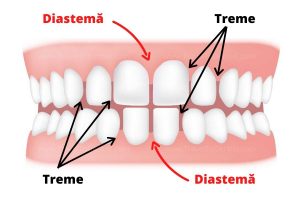 It is possible to close the trema (spaces between the teeth) with the orthodontic braces in combination with veneers. They will correct even the finest details.

END_OF_DOCUMENT_TOKEN_TO_BE_REPLACED

Do you want to have healthy teeth and perfect smile?